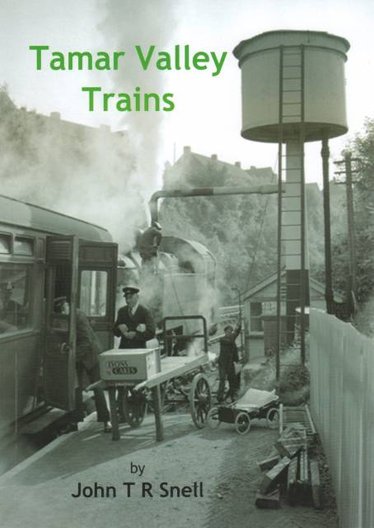 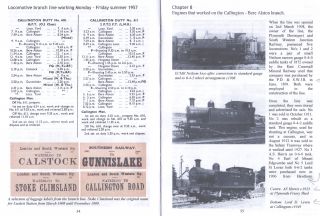 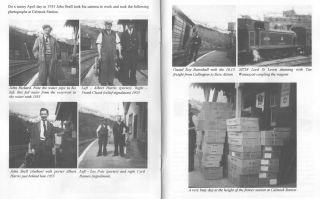 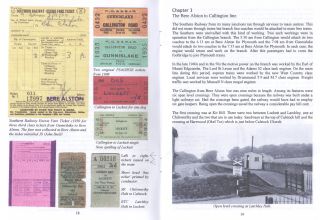 (All profits from this book will go to 'The Stroke Association')

John Snell joined British Railways in 1949 just after nationalisation. Although one united company the spirit of the Southern Railway still predominated. To John the railway was not just a job but a love that was to last all his working life and to continue after his retirement in 1994.

In 1997 John sat down, put pen to paper, and recorded his memories of life on the railway at Bere Alston and on the Callington Branch. How the railway fitted into the landscape and the culture of the Tamar Valley.

I am delighted to say that John and I have put our heads together and updated and expanded his original book. The words are pure John Snell but I (with a lot of help) have expanded the book to 56 pages with new illustrations and photographs. Richard Burningham at the Devon & Cornwall Rail Partnership, have provided funding to have the book printed on good quality paper, perfect bound, with a laminated card cover. As I write this the book is with the printers and our aim is to have the book available for John’s 80th Birthday on 8th May 2013.

I am delighted to be introducing this new, updated version of John Snell’s 1997 book about the railway in the Tamar Valley and his experiences as a member of the railway family in this beautiful part of the country.

John has done us all a great service in recording a railway way of life which has sadly been gone now for more than forty years.

This year is the fiftieth anniversary of the publication of the Beeching Report and, of course, it could have been so much worse as Beeching envisaged the closure of the entire railway back to St Budeaux.

Thanks to a huge effort by councils and local people, British Railways decided not to close the railway we have today.

Now the line is busier than it has been for many years, with more than 175,000 journeys made in 2012, up from 118,511 ten years earlier and with the best ever service to Calstock and Gunnislake, which had never had nine passenger trains on weekdays before the service was improved, thanks to First Great Western, in the branch’s centenary year, 2008.

All year Sunday trains returned in 2001 following a gap of nearly 40 years.

Better still is the now very realistic prospect that the railway will be rebuilt and reopen to Tavistock in the next few years.

Talking of the centenary year, Bruce Hunt, who has done all of the legwork in getting this new book produced, has added a chapter on the great celebrations held in March 2008.   All the events, many communities organised, and especially the huge turnout of local people for the centenary train on Sunday 2 March showed once again how valued the Tamar Valley Line is to the communities it serves.

Both local MPs and the Leader of Devon County Council unveiled plaques at the stations but, best of all, John Snell himself unveiled the plaque at Gunnislake station.

The Tamar Valley Line today, while very different in many ways from the railway John knew and writes about in this book, is still doing now what it did then – providing an excellent link between Tamar Valley communities and Plymouth for work, shopping, education and the rest.

It’s also providing a great way for people to access the beautiful Tamar Valley without a car and people from all over the country and indeed the world take the train to enjoy the fabulous views on what is one of the most scenic railways in Britain.

Read the book and then go and have a trip yourself.

The Devon & Cornwall Rail Partnership is a non-profit partnership between councils, the rail industry and others which works to promote rural branch lines in the two counties, to seek improvements in services and facilities, boost the local economy of the places served through their railway and link the community and railway.

Members include Cornwall Council, Devon County Council, First Great Western, Plymouth City Council, Plymouth University and West Devon Borough Council. Based at the University, it was founded in 1991 and has worked on the Tamar Valley Line from the beginning.