The Mayor's insignia are far the handsomest in the West of England, comprising five sterling silver maces, and a gold chain and pendant. In 1891, the Mayoress of Saltash presented to the Corporation a valuable gold medallion to form the centre piece of a mayoral chain; the various links were to be the gift of mayors and ex-mayors of the borough. The medallion is beautifully engraved on one side with the arms of the borough, and on the other side bears the inscription:—"Presented to the borough of Saltash by the Mayoress (Mrs. W. Dusting) on the occasion of the mayoralty of her husband, 1889." Links were added by Aldermen Wm. Dusting, William Shaddock, J.P., William Gilbert, G. Adams, Philip E B. Porter, surviving mayors; and. the representatives of Messrs. William Rundle, John Lower Clarke, John Martyn, and William Hawke, deceased Mayors, the late Nicholas Bennett Westcott, Alderman, and of Mr. F. W. P. Cleverton, grandfather of the present town clerk. 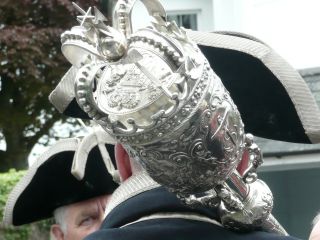 Since the chain was so commenced a link has been added by every succeeding Mayor. The two maces now in use are each of sterling silver, 3ft. 7in. long. The shafts are massive, with knots, and beautifully figured with the rose, sham¬rock, and thistle, and an acorn at the stem. At the top of each are three figures supporting the head, which is richly ornamented, and displays (1) A three masted ship (2) The Prince of Wales' plumes (3) An anchor (4) Arms of the Buller family. On the top surface are the Royal arms and supporters, and above are the silver oars in saltire rising out of a regal crown, which makes them unique. These were presented in 1699, by Francis Buller, Esq., of Shillingham, then M.P. for the borough. The second pair are also silver, each 20in. long, with the Royal arms engraved on the head of one, and the Prince of Wales' feathers on the head of the other, while the stems, shaped like oars, display the three masted ship and anchor, with the date 1623; one has also the initials "E.H." which, no doubt, are those of Edmund Herring, who was Mayor at that period. The small silver oar mace is about 7½in. long, dated 1760, and has on the top the Duke of Cornwall's plumes with the anchor and ship, one each side of the oar blade. It was used by the town sergeants as the emblem of their authority when making arrests on vessels in harbour.The Saltash maces are always a feature of any function or exhibition of Civic plate, but the responsibility of sending them about is not light. In recent years they have been sent to a National Exhibition, held in the city of London; to the Poly¬technic Society's Exhibition, at Falmouth; and to the great Fisheries and Art Exhibition, at Truro, in 1893. The cocked-hat is of the admiral class, though more modest in the matter of gold lace; it is of a type well suited to the tradition of the town. 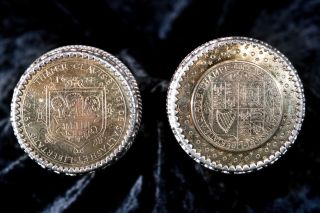 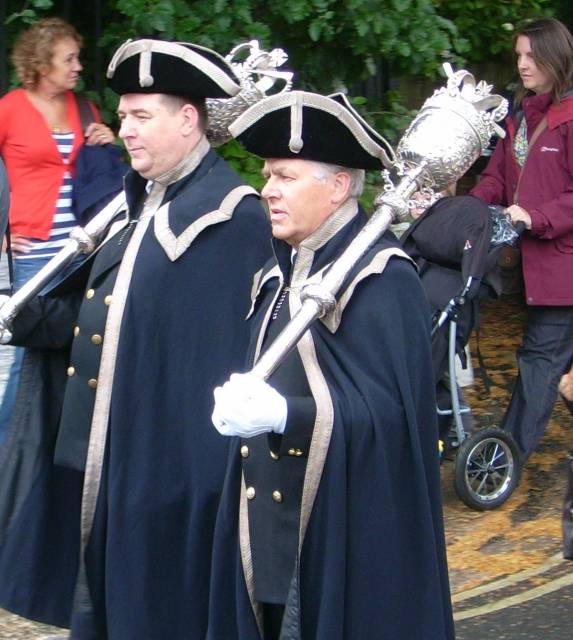