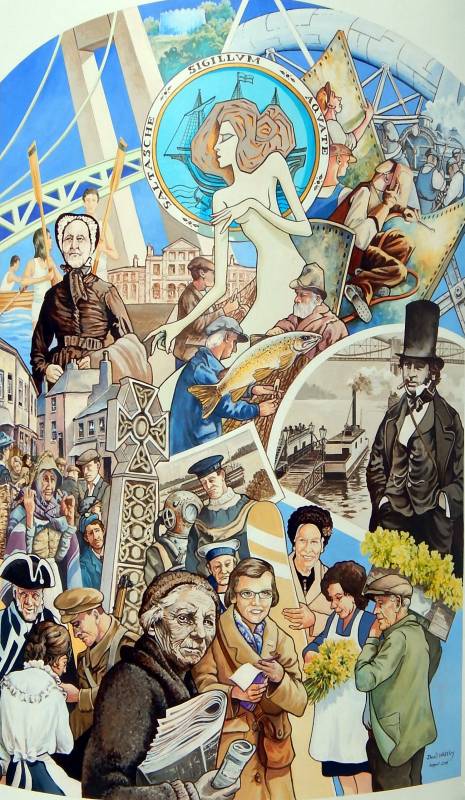 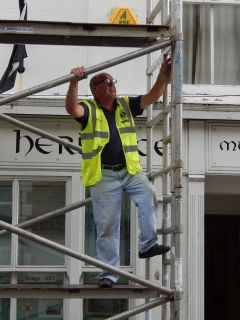 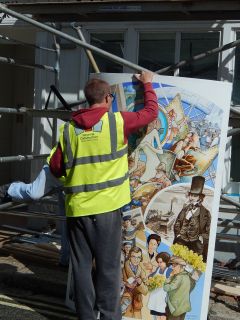 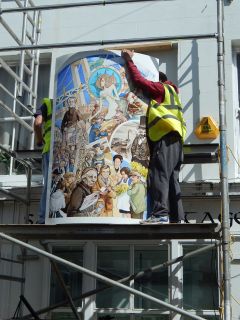 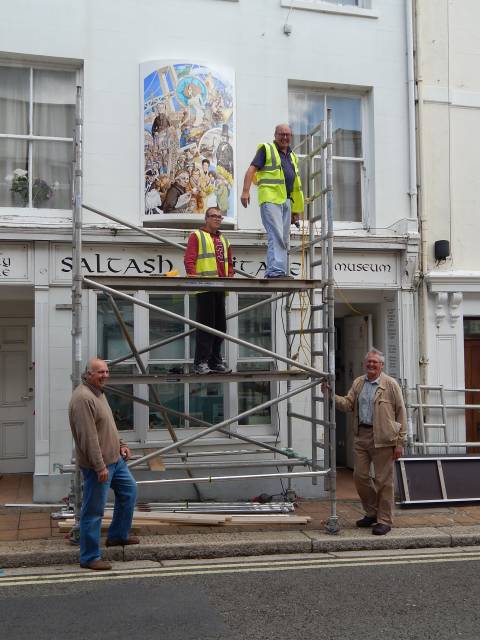 The unveiling of the Mural by the Mayor of Saltash, Councillor Jean Dent 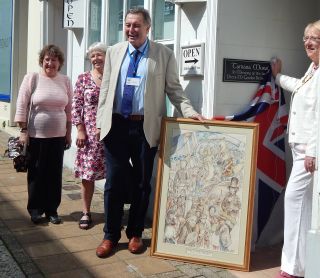 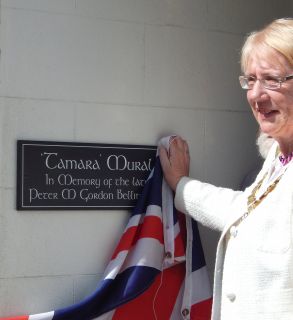 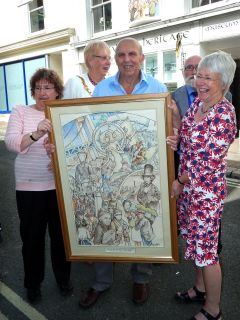 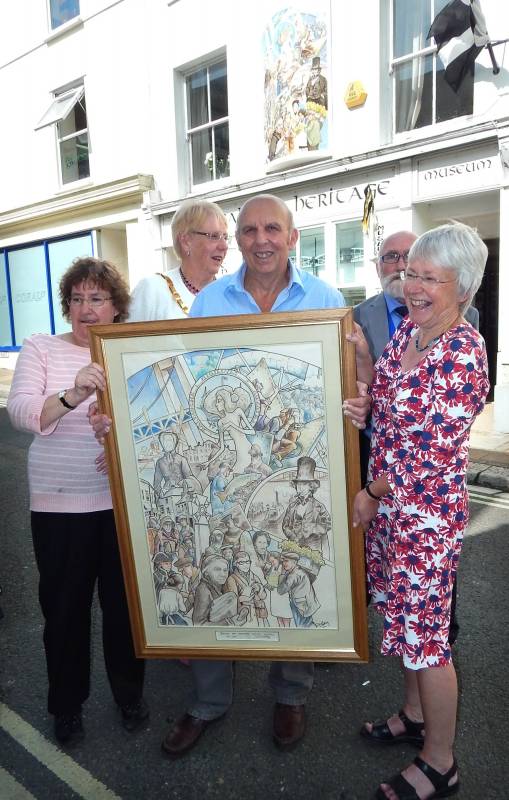