On the inception of the Cornwall Railway in 1859 most trains stopped at every station and there were no short distance trains. About 1861 there became a need for "short trains" as they were called, and an early train from Plymouth to Liskeard was started which returned to Plymouth by 9 a.m. so that workmen and business people were provided with a local service. Similarly there was a late train to Liskeard from Plymouth at 9.35 p.m.

In 1867 it was decided to run experimental short trains from Saltash to Plymouth. In 1869, at the request of the Saltash townspeople, an 11p.m. train from Plymouth was run twice a week but the traffic was very slow and in May, 1869 it was reported that the Saltash short trains averaged 4s. 8d. daily on the down journey and 1/-. on the up journey on Tuesdays and on Saturdays 9s daily on the down and only 4d on the up trains, It was therefore decided to discontinue the trains.

However, in October of the same year a new short trains was provided on Thursdays on private hire at 15/- a train with the Cornwall Company agreeing to collect the fares.

By 1874 the service was paying its way and in 1873 in response to public demand an early morning train from Saltash to the Dockyard returning in the evenings was put on, with tickets at 1/3 per week as long as this fare covered the working costs.

The Saltash traffic steadily increased and in 1874 at the request of the Mayor, a late train was run on Wednesdays instead of on Thursdays.

1874 saw the introduction of a short train from Devonport to Plymouth Millbay to con¬nect with the 8.35a.m. up London Express of the South Devon Railway.

As Saltash suburban traffic increased, at end of 1874 it was decided to issue periodic tickets from Saltash to Plymouth at £8 per year 1st class and £6 per year 2nd class.

Services stayed much the same until July, 1904, when a steam rail motor service was inaugurated between Saltash, Plymouth and Plympton, These rail cars consisted of a coach underframe, the first ones being 59 ft. 6¾ in. long with accom¬modation for 52 passengers.

At one end was a steam-driven bogie with outside cylinders 12in. x 16in. with Walschaert's valve gear and wheels either 3ft. 6½ in. or 4ft. in diameter. Steam was provided from a vertical boiler in the engine compartment at the end of the coach above the power bogie working at a pressure of 160 to 180 pounds per square inch. The water capacity was 450 gallons and some 30 cwt. of coal was carried in the engine com¬partment.

Each motor unit was capable of pulling a trailer car during busy periods. These trailers varied in length, some being 59 ft. 6 in. and others 70 ft. in length, but the first ones had one large passenger compartment with two vestibules and a guards compartment capable of carrying upwards of fifty-two passengers.

These rail motors were used in the period between the normal long distance trains and helped to meet the competition from the Devonport electric trams which ran to Saltash Passage where passengers could catch the Saltash chain ferry (technically a floating bridge) across the river to Saltash Waterside. Some services were extended past Saltash to Defiance Halt to take advantage of naval traffic and at peak times as far as St. Germans and Liskeard.

The traffic drew rapidly and larger rail motors were specially built for the Plymouth service in November, 1905 to augment the smaller Nos. 3 to 14 class of which No. 7 was one of the class which opened the service. 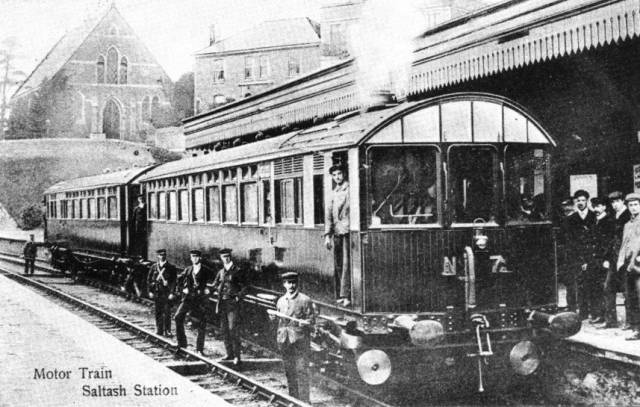 The traffic soon proved to be too heavy for the small rail motors and auto-train working was introduced. This comprised a small 0-6-0T engine was coupled to two of the rail motor type trailers and could during the busy periods be sandwiched in the middle of two trailer sets, thus pushing two trailers and pulling two. The driver could drive the train from either end, a driving compartment being provided at each end, and the engine was controlled by a system of rodding running beneath the trailers whereby the regulator in any driving compartment could control the regulator of the locomotive. The fireman remained an the engine and also had to link up the engine when the driver closed the regulator for him, signals between the fireman and driver being by means of the engine whistle, but there was no means of the driver signalling to the fireman. The driver's means of warning for the approach of the train was by means of a large gong operated by a foot pedal. In the Plymouth district the engines were of the small 4 f t. 1½ in. 0-6-0T About 1909 some of these engines were cased in to harmonise with the carriages and painted chocolate and cream but most of these casings were removed by 1911. 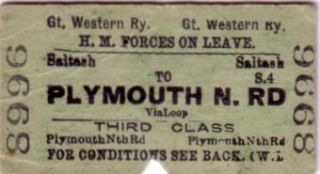 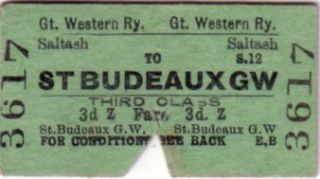 As the traffic grew heavier larger 4 ft. 7½in. 0-6-0ST took over from the smaller inside framed engines and these performed magnificently well into the 1930's. After the 1918 war these engines were painted a dark crimson-brown to match the colour of the trailers. During the 1920's pannier tanks, with closed cabs were gradually introduced, the final examples of this class had extended coal bunkers, these larger pannier tanks necessitated oblong windows in the front spectacle plate instead of the former round windows.

As the older engines became due for replacement the new 64XX class of 0-6-0PT designed by Swindon in 1931 and painted in the standard green livery were further enhanced in 1958 by being fully lined out with the orange and black of the old Great Western. 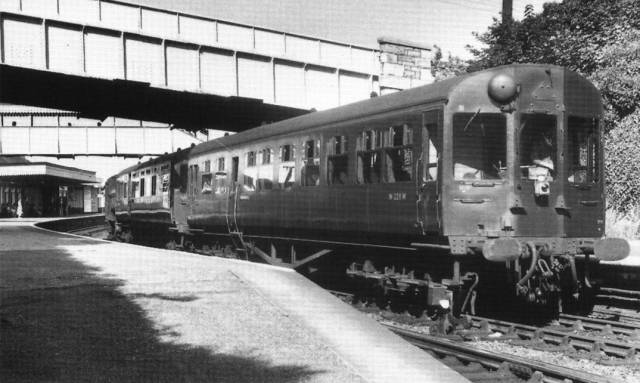 Towards the end of the 1920's the effect of road competition began to be felt with PlymouthCity busses running to St. Budeaux and Saltash Passage and the Western National to Plympton. Wingfield Terrace Halt on the Cornwall Section was closed in 1921 and the main Saltash services were gradually confined to running between Saltash and Plymouth, the Plympton extension being cut out owing to the very severe bus competi¬tion. When Millbay station was damaged by enemy action in 1940 the Saltash services ran into North Road Station, and from then on North Road Station became the terminal point of the suburban services. 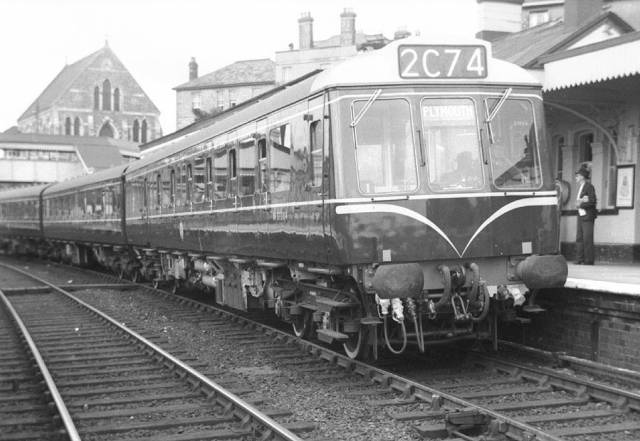 By 1960 there are 38 up trains and 45 down trains on weekdays and 8 each way on Sundays, excluding the normal main line trains. The traffic was still very good, the early morning trains from Saltash between 6 a.m. and 8.30 a.m. averaging some 150 to 200 passengers, and during the day passenger numbers remained good. To cope with the booking of tickets in 1955 a six-way Mini¬printer press-button ticket issuing machine was installed at Saltash Booking Office which was capable of issuing 240 tickets a minute and in the first ten days of its operation 12,000 tickets were issued, plus the hand tickets to stations outside the Plymouth Suburban area, and half a million tickets yearly were issued to Stations in the Suburban area.

All this came to a sudden end with the opening of the road bridge. 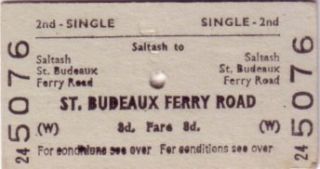 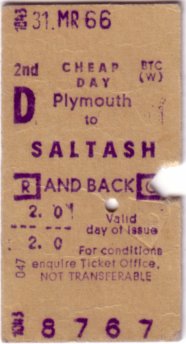 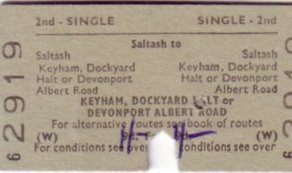 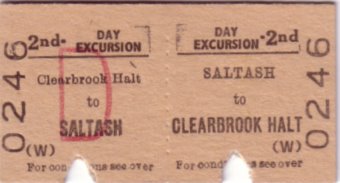 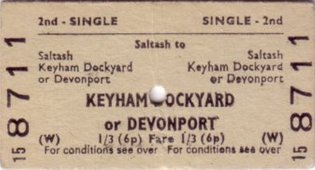 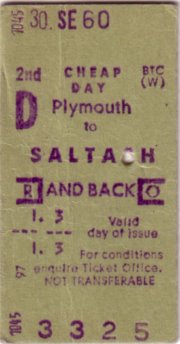