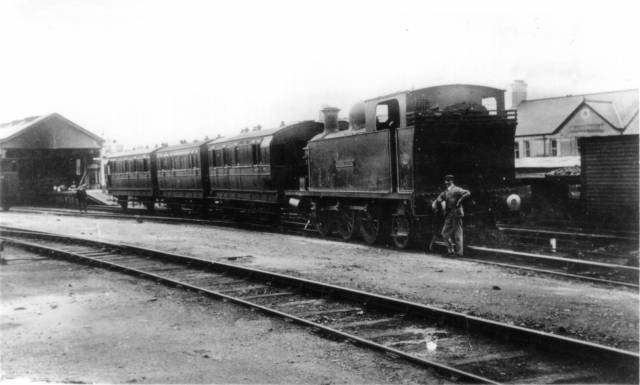 “What coaching stock did the PD&SWJR initially have to run its passenger services in 1908, where did they come from and what colour were they?”

Sounds easy but in reality quite a difficult question.

Factual evidence in the form of purchase orders, receipts and possible supplier sales information has not come to light so we are left with photographic information and non-corroborated reports from various sources.

“trains were formed of four and six wheel coaching stock of L&SW origin”.

“The branch line, however, started with eight coaches bought from the North London Railway and these remained in service until they became so decrepit that they had to be replaced in 1921. The replacements were also second-hand and, on this occasion, bought from the L&SWR at a total cost of £500, although it was agreed that the LSWR should completely overhaul and renovate them before delivery”.

“The lines coaching stock was initially represented by a rake of eight four-wheel coaches acquired from the North London Railway. These were replaced by ex-LSWR four wheel coaches”.

“The coaching stock initially comprised four first class saloons and twelve third class and brake compos; these were all purchase second hand, some from the North London Railway. These vehicles soon started to show their age, but it was 1921 before replacements were purchased. These came from the LSWR”.

The LSWR Locomotive & Stores Committee Minutes of 24 Jan 1906 show that they agreed that the PD&SWJR could buy 16 old carriages at £70 each. In its enthusiasm the company ordered its rolling stock too early and in too great a quantity, eight carriages and the converted locomotive had been disposed of within a few years.

The PD&SWJR passenger stock has a rather unclear history. It is known that in Nov 1905 Col Stephens was authorised to buy an unspecified number of coaches from the L&SWR, and indeed there are a few photographs showing ex-L&SWR 4-wheeled coaches of 1879-85 vintage on the line in early days. It has been said that the PD&SWJR also purchased some ex-North London Railwaystock, but no evidence for this appears to exist. Official returns show 16 coaches in 1910, 9 in 1911 and 8 in 1913. In 1921 the remaining 4-wheel coaches were replaced by second-hand bogie stock bought from the L&SWR for £500 (a price which included overhaul and renovation). It was reported in later years that the passenger coaches were painted dark green.

The branch stock initially comprised six ex-LSWR four-wheelers from 'block' suburban sets built around 1879-85. Some of these were later sold on to the Shropshire & Montgomeryshire Railway in 1911. There may also have been as many as nine ex-North London four-wheelers (though some sources question this and suggest that all these vehicles were actually ex-LSWR), purchased around 1908. The PD&SWJR is recorded as having a total of sixteen coaches by 1910 but numbers fell as subsequent sales took effect, with six-compartment four-wheelers going to Colonel Stephens for use elsewhere.

The remaining coaches appear to have reached a perilous condition by the end of the First World War and were replaced in about 1921 with four freshly-overhauled second­ hand LSWR bogie composite vehicles, renumbered by the PD&SWJR as Nos.I7-20. Although constructed as composites. Nos.17 and 19 had an intermediate guard's and luggage compartment created in them for their duties on the branch. 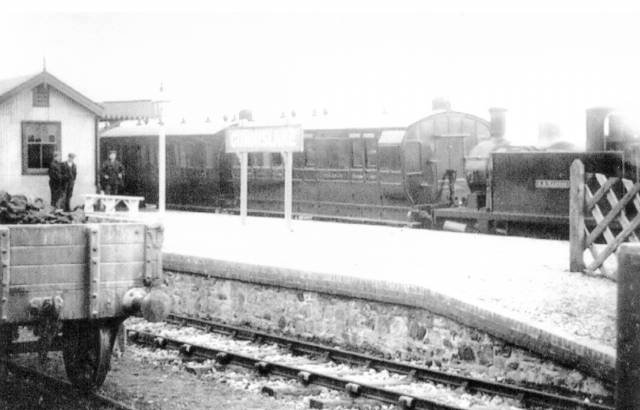 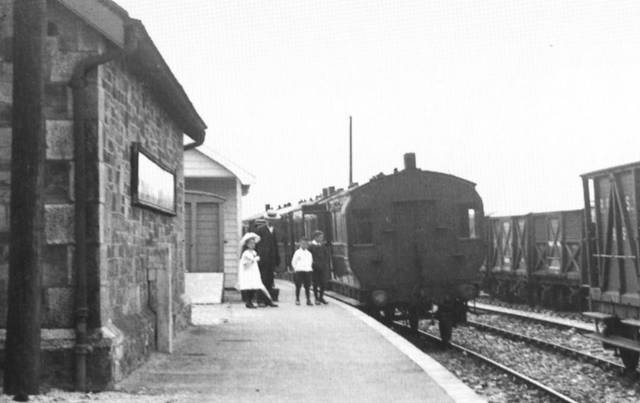