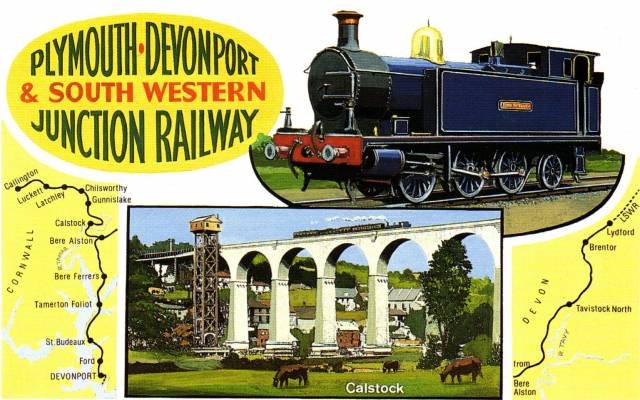 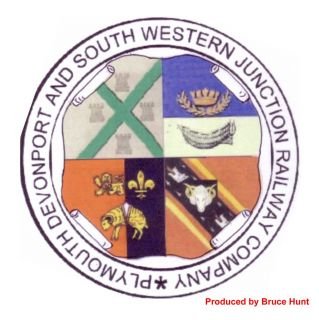 In May 1872 the East Cornwall Mineral Railway (ECMR) opened a 3’6” gauge line from Kelly Bray via an incline to Calstock Quay. In 1890 the Plymouth Devonport & South Western Junction Railway (PD&SWJR) opened a line from Devonport Kings Rd. to Lydford which was operated by the LSWR giving them direct access to Plymouth from London. The PD&SWJR took over the ECMR in 1891. The intention was to link Kelly Bray to the main line but finance was tight and plans did not proceed until 1900. John Charles Lang, a builder from Liskeard won the contract to build a line from Bere Alston via a 120ft high viaduct at Calstock (BA&CLR) to join the ECMR line just south of Gunnislake near Albaston. The ECMR was to be converted from 3’6” to standard gauge by Capt. Sowdon the ECMR manager with the assistance of Holman Fred Stephens, a light railway pioneer. Lang greatly underestimated the cost of construction and did not foresee many of the difficulties he would encounter and work over ran by almost two years. The branch eventually opened officially to passenger traffic on 2 March 1908 and is still open as far Gunnislake today. 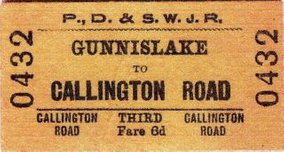